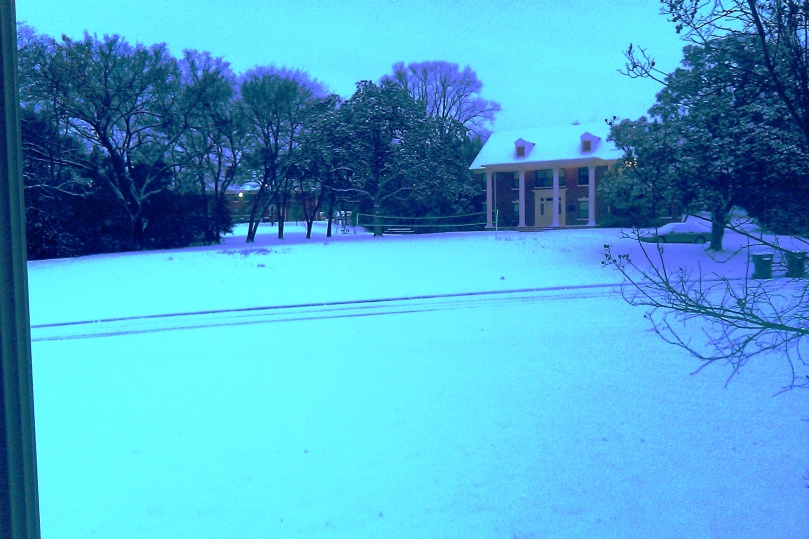 This past Friday morning looked like this our my front door.

We had gone to bed with the expectation of snow, but rarely does snow fall in Central Texas without some sort of icy mix.  This was about 2 inches of pristine snow that was perfectly packable for snowballs and snowmen (snowpersons?)

At least it looked pristine.

The following day, though, as the snow melted away, this is what was left on our car:

a layer of reddish silt which probably came from west Texas or perhaps Oklahoma.

Now, I have nothing against either west Texas or Oklahoma, and, no doubt, the weather regularly redistributes their sediment among us.

This time it took me by surprise by being hidden in such beautiful snow.

Knowing what I know now, I would not trade the beauty of the snow because of the red slit that accompanied it.  I won’t be in much hurry to eat the snow, though, having been reminded that nothing is as pure or clean as it appears.

2 thoughts on “Beneath the Surface”