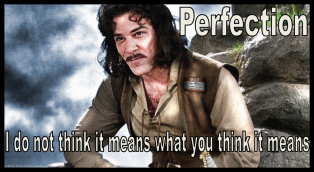 Do you expect to be made perfect in love in this life?

For at least the last 25 years, I have answered this question, “Yes, by the grace of God.”

I was pretty sure that the eight of us didn’t have exactly the same understanding of what this question meant. No one asked. No explanation, no dissertation was required

I can tell you that I full on loved that question!  Fresh out of Asbury Seminary, I was deeply committed to living into Christian Perfection. Wesley’s teaching on perfection played an essential role in my choice of seminary.

When I was 27 I fully expected, by the grace of God, to be made perfect in love in this life.

Today, at 52 I still fully expect, by the grace of God, to be made perfect in love in this life.

My understanding of what it means, and towards what, particularly, I am moving, has changed. If it hadn’t, I would have serious reservations about my fitness for effective ministry.

I haven’t talked to anyone from my ordination class in at least 20 years.  This is partly because I have changed conferences; I am now a clergy member of the Central Texas Conference.

Occasionally I wonder what the 27 year old Steve Heyduck would think of the 52 year old version. There would be some serious disagreements. And yet, we are together. I wouldn’t be the me I am today had I not been him then.

I wouldn’t be committed today to being made perfect in love in this life were it not for my original commitment then. With 25+ years on this path, then, I have to think I’m closer now than I was then.  If I didn’t believe this, I would owe it to the Church to surrender my credentials and find another vocation. 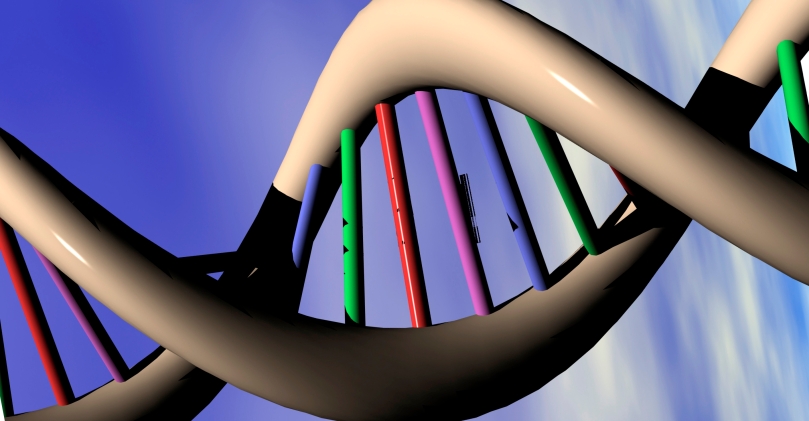 In church work and leadership, it’s still a big thing to talk about identifying your church’s DNA. Of course DNA is a metaphor in this case.  We use this metaphor we we talk about a congregation’s origin story and significant points in that story that define it or limit it for the rest of the life of the congregation.

For instance,  in the late ’90s, I  pastored a church that had moved to its current location in 1925.  For the ensuing 75 years, this congregation perceived itself as a church that struggles financially.  It makes a lot of sense for a church, which relocated and built just 4 years before the Great Depression, to come to understand itself in such a way.

This insight is helpful. Defining as DNA, however, might not be.

Way back in the 80’s, when I was in college, all the psychology classes included some time for discussion on the “nature v nurture” debate.  What caused or most contributed to a person’s behavior, attitude, intelligence: the intangibles (DNA) one was born with, or the environment in which one was raised?

The answer was always some combination of the two, but we were pretty sure of one thing,: that DNA held deterministic power over the “nature” side of the argument.

But what we knew and what we know are always in a dance together, and this dance has changed.

Sure, genetics, or DNA sets some baselines, or some expectations.  But we now know that genes can be turned on and off during one’s lifetime. My favorite study – maybe because it is the only one of which I know any particulars. In a long-term study, rhesus monkies genetically prone to anxiety, when raised by non-anxious, ‘super-nurturing’ parents, had the gene indicating for anxiety turned off.

The DNA of the anxious monkeys didn’t condemn them to lives of anxiety.  In fact, the expression of the DNA was changed by nurture.

Takeaway:  You are not enslaved by your genes.  I believe this is especially true for any of those settings where DNA is used as a metaphor.  It can be helpful in understanding some of the primal forces that brought you, or the institution, or organization, to where you are today, but there is no good reason to let it limit or determine the paths who walk from this day forward.

So: “What’s in your DNA?” might be a good conversation starter, but it is not a conversation ender nor is it more ammunition for blame games or excuse making.

This is a very close approximation to something a colleague of mine was told recently.  This colleague is soon to go before the Board of Ordained Ministry for commissioning – a major step towards ordination.

Part of the qualifying process is submission of a sermon – both manuscript and video recording.

My colleague asked for my insights as to whether such a particularity could, in fact, derail his quest.

I shared that I cannot remember the last time I read the scripture text as the beginning of my sermon.

For me, anyway, this rarely if ever happens in part because our liturgist reads one of our texts immediately before I stand to preach.  Re-reading the scripture myself would give in to the notion that preaching is not really a part of the worship service as a whole, but rather a stand-alone event thrown into the midst of a worship service.

I encouraged my colleague to continue to preach the Word, and to preach the text for the service, whether or not that scripture text was written into the sermon.

A much larger concern for me is that someone would suggest so simple a component done differently would disqualify a sermon altogether.  What I think really happened was an incident of either

Are there specific mechanics that you believe are absolutely essential to the successful preaching of a sermon? Do Jesus’ and Peter’s and Paul’s preaching always follow your rules?

This past week I visited a Sunday School class where Luke 14:25-35 was the topic. The opening discussion focused on verse 26:

“Whoever comes to me and doesn’t hate father and mother, spouse and children, and brothers and sisters—yes, even one’s own life—cannot be my disciple.

Actually, the focus was almost entirely on one word in that verse. The word? Hate.

After listening patiently to several people find different ways around Jesus actually telling people to hate, I offered this:

It is interesting to hear all of us talk around and explain away the use of the word hate.  But the word is “hate.” There’s no question about it.

I hope we’ll all be gracious and understanding when other people do the same thing with other parts of the Bible.

Let’s face it: everyone reads the Bible this way: we take some passages more literally and some less. We take some verses more seriously than others. We ALL use some scriptures to trump others.

We ALL do this.

May we all learn the skill of responding graciously and with the love of Jesus when someone takes a verse differently than we do!

If it were always easy to be a leader, I suppose everyone would be a leader.

I was volunteering for Field Day at South Euless Elementary School, a school we have adopted as a church. We mentor kids, run a once-a-week after-school program, and many other things.

It has been a joy and blessing to connect with this school and to get to know students, teachers, and staff.

One of the staff is in the picture above.  Field Day was a wet, muddy affair. This has been the wettest May on record in Texas, and Field Day was just un-rainy enough to go on.

Go on, it did. Kids were running, jumping, laughing, playing in the mud; just as you would expect kids to do. Before they entered the school building, though, this staff person was hosing them down. It was hard to tell who was enjoying it more.

Now, I want you to know this particular staff member happens to be the Principal, Randy Belcher. Wearing a sport coat, khakis and dress shoes, he wasn’t dressed to be hosing down muddy kids.

But by every measure, Principal Belcher is a leader, and leaders do what needs to be done. Some leaders might delegate everything and keep themselves above the fray. In my experience, this kind of leader ends up with less people following him or her.

In other words, if I were a teacher, I would want to be a teacher serving under the leadership of a Principal who wasn’t afraid to get dirty hosing mud off of kids at Field Day.

This is the kind of leader I want to be.

This is also the kind of leader Jesus was. In fact, Jesus being the existence of God incarnate in human flesh is exactly this kind of leadership. I suppose there would have been a way for God to maintain the distance from us and lead us. But that’s not the way God chose to lead.